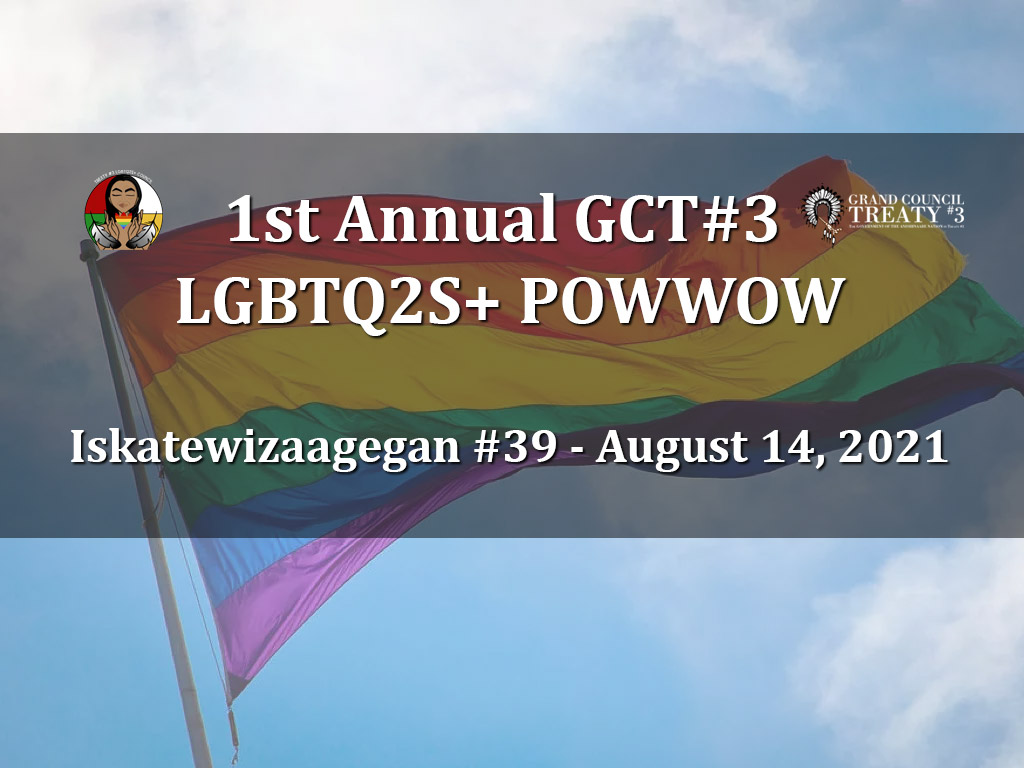 As part of its efforts to establish an LGBTQ2S+ Council, Grand Council Treaty #3 has coordinated a Two-Spirit Traditional Gathering and Celebration to demonstrate inclusivity and a reestablishment of traditional Two-Spirit roles in Anishinaabe society.

“This historic event will be the first of its kind in the area with a celebration of Life and resurgence. A powerful stepping stone to restore and strengthen the Anishinaabe traditional values and recall practices of the Two-Spirit. It will serve communities, youth, leaders, knowledge keepers and spiritual care providers” said Waawaate Fobister, LGBTQ2S+ Coordinator for Grand Council Treaty #3.

“I am pleased to see this step in including LGBTQ2S+ citizens in our governance structures and way of life,” said Ogichidaa Francis Kavanaugh. “It is critical that in my leadership role within the Anishinaabe Nation in Treaty #3 that I have access to the lived experiences of all our people to guide me in my decisions. Only by ensuring all voices can be heard can we ensure that we work towards removing barriers for the most vulnerable.”

The Two-Spirit Gathering and Celebration is being hosted by Iskatewizaagegan #39, a Treaty #3 First Nation located approximately 60km southwest of Kenora, Ontario on Shoal Lake. The Gathering, along with numerous other events held across the Treaty #3 territory, is part of a LGBTQ2S+ awareness campaign that began during Pride Month in June.